This post is part of my blog-a-day for Camp NaNoWriMo. It was suggested by my friend Lisa, who gave me the above title and freedom of interpretation. Feel free to suggest a topic of your own!

I'm posting this a bit early, since Green and I are moving into our new apartment tomorrow and I'm not sure how much time I'll have, or if we'll even have internet in our new place. 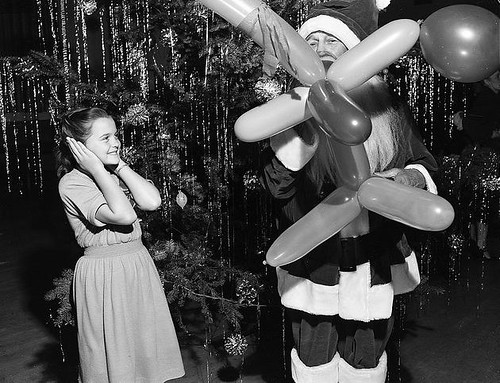 I will never forget the first time I saw someone making balloon animals. It freaked me the hell out, because I thought for sure the balloons would pop and the sound would accost my ears and make me want to cry. I hated the sound of balloons popping.

I still do, actually, but at least it doesn't make me want to cry anymore. It just makes me very nervous to be around balloons. You can imagine how terrible it was for me to work in the floral department at a grocery store, where I had to BLOW UP balloons. Which would sometimes pop if they got too full or had an imperfection on them. I got to where I could see the imperfections and would stop the inflation process immediately to grab a different, hopefully better, balloon.

I can't remember where I was, or who was making the balloon animal. I just remember watching in terror as they twisted the balloon around itself. How could this be working, I wondered? You put pressure on a balloon, it pops. That's the way it works. It doesn't make any sense at all for this balloon to not be popping, it's going to pop any minute, I just know it, he's twisting it way too hard, oh my god oh my god oh my god oh, hey, look, a poodle. 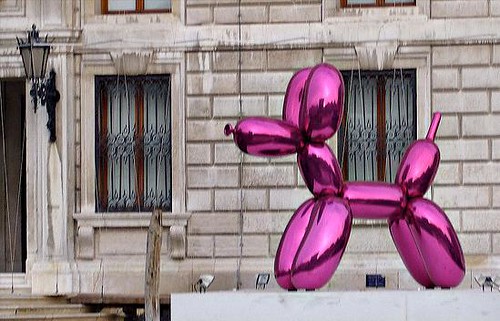 It was absolutely fascinating. Even after they handed me my new balloon poodle, I kept waiting for it to pop, for the latex to realize it had been twisted too hard and burst in my hands.

It didn't, of course. Instead, it took up residence in my room, where it slowly deflated, but never popped.

It still makes me cringe to watch their creation. The twisting seems unnatural, you can hear the rubber squealing against itself as the twister works, threatening to give way.

But it makes sense, in a way. To start with something so simple, so basic, and to put enormous pressure on it. Pressure that could cause it to break, to give up, but instead, that pressure transforms it into something completely new, something amazing and unfathomable.

Sounds kinda like a metaphor for life, I hear you say. Can't put anything past you.

I can't help but think of my own personal twists, moments I thought might crack me, ruin me for good. But they didn't. It's always the hard stuff, the tricky stuff, the stuff that makes you cringe, that turns out the best results. "That which does not kill us," as they say. It's the sort of stuff that makes you realize you're in the hands of someone or something that knows what they're doing, even when we're screaming at it all to stop. 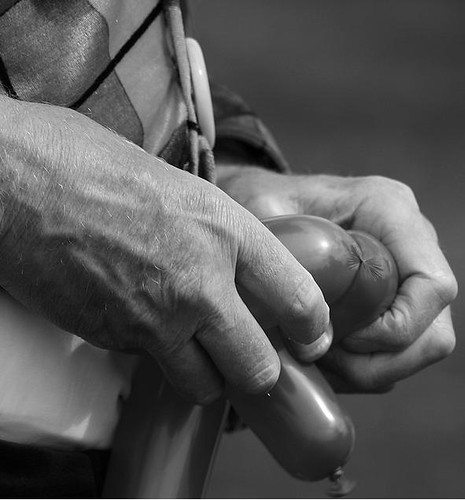 In 2005 my life turned completely upside down, the path I thought I was on came to an abrupt halt when I realized I did not want to marry the man I had been with for the past six years, I did not want to have his children or grow old with him, I in fact wanted a life of my own. I'd been fighting and resisting the thought for months, and it turns out, so had he. But we only knew life together, and breaking that bond produced waves of terror that knocked me to the floor in fits of violent misery.

I know now that it was just a twist. The Universe tweaking my life into a new shape. A better shape. I can't imagine exactly where he or I would be now if we'd stayed together, but I imagine our worlds would hold quite a bit of unhappiness and regret.

More twists when I made the decision to leave the people whose arms I fell into when I needed solace from that event. Twists when I truly opened my heart again only to realize I'd opened it to entirely the wrong person. And, most recently, a twist when I broke my promise to myself that I would not get involved with my roommate. (You know how that one turned out, he's sleeping right now in our bed, getting rest before we move into our new apartment.)

Each twist led to something better, something that put my life in a new direction, shaped me into a different, happier, person. Someone who is better equipped to bring joy to others, despite how comfortable I might have been if I'd stayed in my comfort zone and never let the change occur.

I like my balloon animal life, and have come to accept the twists for what they are. Plus, knowing how much work it took to get there truly makes you appreciate the end result. 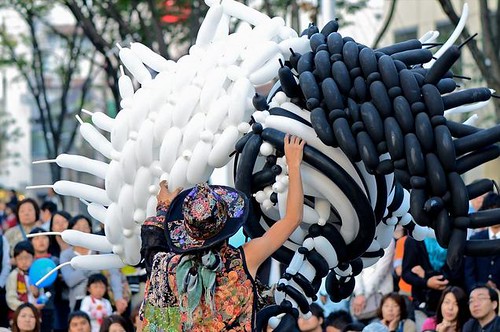